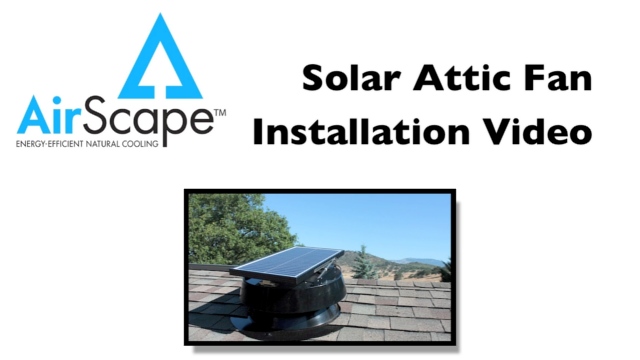 Our newest installation video on installing a Solar Attic fan is now available for viewing on the website. Click the photo above to check out the video.

A special thanks to Green Meadows Building one of our Pro Installers in Ashland, OR

If you’re contemplating an energy upgrade to your house or commercial building, perhaps someone has mentioned the concept of a building simulation, or doing an energy model.  Such a process has been part of the commercial HVAC world for some time now.
As the name suggests, a building simulation involves the use of a computer to simulate the building’s energy performance.  The goal of performing a simulation is not only to predict how much energy a building will use over the course of a year, but also to compare alterrnative designs. We can also look at some measures of comfort within the building.

With all this data, it’s clear that a simulation can be very powerful for helping make decisions. As you might guess, authorities that regulate energy compliance as well as those that give out rebates want to see this kind of analysis done to make sure they are spending our money wisely.

The ‘sankey’ diagram above illustrates the complexity of the energy flows into and out of a typical house.  Based upon a description of the building input by the user, the building simulation software calculates all the energy flows into and out of the building. Not only does the software model the building envelope, but it models the interactions of people, infiltration, and even exotic things like trombe walls. After doing all this, the software has to predict how the building equipment will perform. Everything from furnace efficiency, daylighting controls, through daylighting controls is simulated on a 24hour/365day basis.

The pay-off is not to predict the exact energy use of any one particular house, but instead to look at alternate ways of building, different equipment, and even alternate control strategies.

Over the next blog postings, I’ll keep you in the loop on our progress.

Financial analyst is to Spreadsheet AS   Engineer is to Energy Modelling

The system of measurement that we in the US use is sometimes called Imperial units (Imperial as in British Empire), but it goes down hill from there. As an example of this,  US ounces are not and have never been the same as the Canadian (Imperial) ounce.  The fluid measurement system then goes on to make cups (8 ounces), pints (16 ounces, but 20 in an Imperial pints), gallons (128 ounces, or 160 in an Imperial gallons).  It’s all commonplace to us locals, but maybe, just maybe this helps explain our national distrust of numbers (apparently mortgage rate resets are particularly vexing).   Hmm.. maybe we could work out a system in which all units are related by multiples of 10, there are no multiple versions of measurements (ounce, pint, gallon, bushel, barrel, acre-foot, acre-foot ??). How about that metric system.

So, on to the slug. As the metric system has the kilogram as its unit of mass, we have the pound. Oops. Pounds are units of weight.

What is our unit of mass?  Yes, you guessed it. The slug.  Yes, and this is what makes high school physics so exciting. Knowing that your buddy has a mass of 5 slugs.

So here are the factoids:

Why does the US have so much inertia when it comes to changing to the logical metric system ?  I don’t know, but physical inertia derives from mass, and our mass unit is a slug. 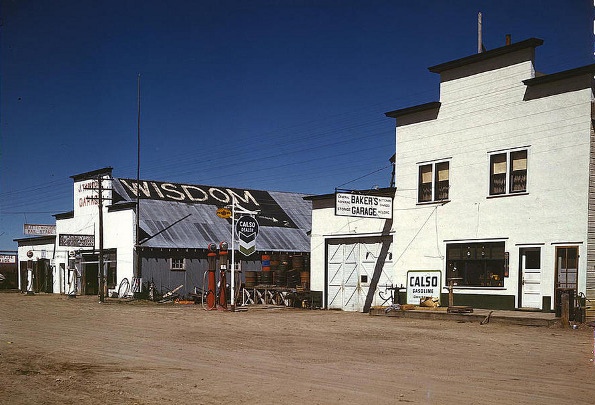 I don’t know why this town did not grow and thrive. They were clearly years ahead of their time.  Putting your town’s name for air travellers to see is, in my opinion, the most important thing a town government can do.  How many times have you looked out the window of an airplane,  noting a beautiful vista, only to never find out what city you were flying over ?