We just got a patent on a technology that we’ve been using on our whole house fans. The use of motor aerodynamic motor mounts allows us to get an average of 17% more airflow.

A few weeks ago we were ramping up our whole house fan production for the summer season. Now we are very busy making HEPA filtration units for hospitals, and yes, observing Covid safety protocols. Masks [check], distancing [check], good ventilation [check], doors open for extra air dilution [check], hand sanitizer [check], outdoor breaks in the sun [check]. We spent a lot of time writing procedures on how to stay safe.

Contact us if we can help you out with your business.

The Whole House Fan pulls in cool outside air when you open the windows at night and exhausts the stale, hot air out. It is a natural source of fresh air that saves energy. Because a WHF operates between 2000 CFM and 6000 CFM they quickly exhaust hot indoor air and bring in the cool outside air.

An Attic Ventilator’s purpose is to get hot air out of your attic and bring cool air in. However, it can be pulling that cool air from your house. The fan can depressurize the attic by exhausting air from it, as well. Replacement air comes in either from the outside intake vents or from openings/cracks into the house. The main reason to cool an attic is if you store things in it or have ductwork or HVAC equipment up there. If this is the case, your HVAC equipment and ductwork would better serve you in the interior of your home somewhere, or the insulation should be moved from the attic floor to the sloped roofing of your house.

As you can see the Whole House Fan is designed to cool your home and save you energy while the Attic Ventilator, while good in theory, can actually pull cool air from your home and in turn cost you more in energy.

Engineers here at AirScape are currently working on the finishing touches of a direct vent exhaust fan designed for industrial and commercial applications such as large indoor greenhouses and warehouses.

The system can be configured for roof or wall exhaust and has automatic Powered AirLock doors. There is an inlet louver with a Powered AirLock so that the space can be sealed up when no exhaust is desired.

Preliminary airflow testing is still incomplete because it outperforms our test chamber’s capacity…  Well over 8500 cfm on only speed 6 (out of 10)! More data to follow as we recalibrate be able to accurately test such high airflow.

For more info, email us at experts@airscapefans.com 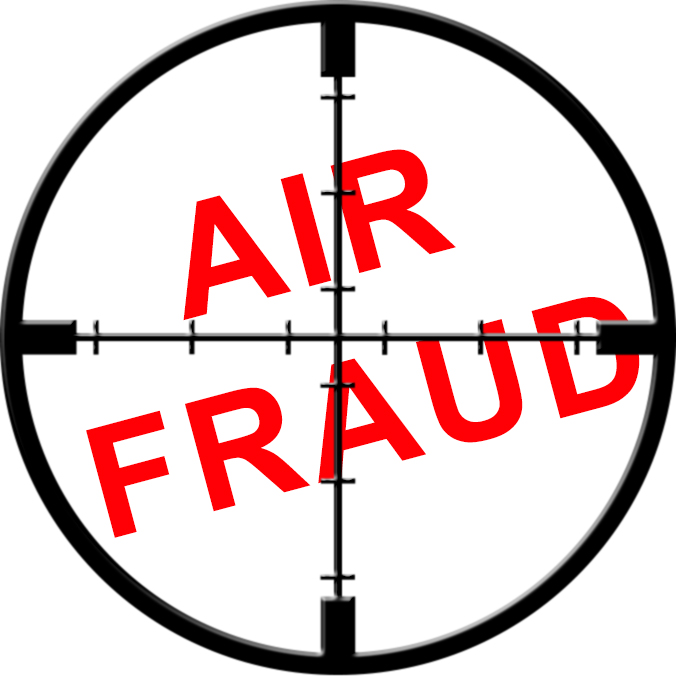 If you’re reading the blog post, you probably noticed that we have a new measurement of airflow shown on our website. CFM is a common abbreviation for Cubic Feet per Minute. This is a measure of how many cubic feet of air a fan moves per minute.

The new measurement is based on our creation. The Q-CFM™.

You’ve probably also noticed that the Q-CFM™ number is about 30% higher than the official (and correct) airflow rating that we obtain through rigorous testing.

We have devised this (tongue in cheek) rating system to counter and illustrate some misleading information. One of our competitors is routinely advertising and using airflow numbers that are well over 30% higher than the official airflow rating that they submit to the California Energy Commission.

So, the Q-CFM™  is an abbreviation for Quackery Cubic Feet per Minute.

If you have any questions about how we measure and report airflow, please feel free to email or call us on the phone. We’re happy to chat.

We’ve often talked on this blog about how we are big promoters of “open” systems. That’s why we included an application programming interface in our 2nd Generation control package, and why we were very excited that a third party developer released an iOS app that works with our 2nd Gen. controls. It will come as no surprise, then, that we’re once again excited to share a new independent whole house fan app, Cool Off.

Cool Off helps homeowners get the most out of their whole house fans (both AirScape and other manufacturers) by automatically notifying them whenever the temperature outdoors drops below their desired indoor temperature. This, as I’m sure you’ve already figured out, allows you to know exactly when and when not to run your fan.

Unlike AirScape’s own Temperature Sensor Package, Cool Off doesn’t use an external temperature sensor to gauge the outdoor temperature. Instead, the homeowner enters their location into the app and it finds the temperature using readings from Weather Underground’s network of weather stations. Accessing this network has some great benefits:

Users can use both actual and “apparent” temperature settings, which is a very nice option in more humid climates. “Apparent” temperature readings take humidity into account in order to provide a measure of how hot it feels like outside, as opposed to what a thermometer says it is. Air feels increasingly hot as humidity rises—in a humid climate, air conditioning removes humidity from the indoor air, making it feel cooler than humid outdoor air even when it actually isn’t.

Furthermore, thanks to Weather Underground’s forecasting, Cool Off can estimate the time of day you’ll be able to switch from A/C to your whole house fan. This is subtly useful. If, for example, it is too hot to run the fan at the moment, but will be cool enough soon, you might want to turn off your A/C now, endure the heat for a short spell, and save a little money. Likewise, if it won’t be cool enough to run the fan until the early hours of the morning (which could easily be the case during a heat wave), you’ll want to know, so you can turn on your A/C early and not lose any sleep.

It is important to note Cool Off cannot directly control either our fans or those of any manufacturer. That said, we are very happy its developers have published it. Our new Digital Touch Controls, now shipping standard with every AirScape fan, are not compatible with our own Temperature Sensor Package, which can only be used the 2nd Gen. controls. If a homeowner would like to easily gauge the outdoor temperature, without upgrading their controls, Cool Off is an excellent way to do so.

To learn more about Cool Off, visit their website at www.cooloffapp.com. If you check out their site, you’ll also learn that the app is available in versions for both iOS and Android operating systems, and will work on both smartphones and tablets in either ecosystem. You can download Cool Off on the App Store or Google Play.