Every summer has its own story. For residents of Southern California, this summer’s story is going to include a chapter about rolling blackouts. The L.A. Times wrote the prequel earlier this month. To summarize, the natural gas leak this winter at the Aliso Canyon Underground Storage Facility has left Southern California short on natural gas, which means that, come summer, the region’s utilities could be unable to generate enough electricity to meet demand. To prevent the entire grid from, power managers will institute rolling blackouts by cutting electricity to certain individual sectors of the grid at moments of peak demand.

To many, the possibility of a blackout seems quaint. Who doesn’t enjoy the occasional candlelit dinner? And what parent doesn’t wish their kids would watch less television? The reality of blackouts, however, is deadly serious. Electricity provides us with more than just entertainment. We depend on it to, among other things, refrigerate our food, power hospital equipment, and illuminate traffic signals. We hardly notice it when it’s there, but without electricity are lives are much less safe.

With the solar panels installed we are just waiting for a final electrical inspection from our local utility and we can begin producing energy. 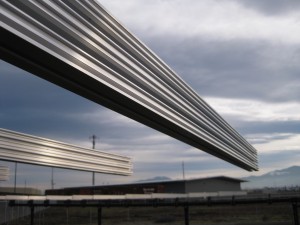 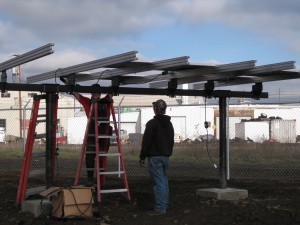 The third phase of our installation was to dig a trench from the solar site to our main facility. Conduit was then installed in the trench to run power cables from the solar panels to the building. The trench was then back-filled and on the next warm day was paved over with asphalt. 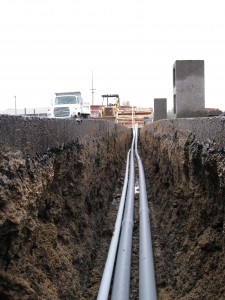 Our solar install continues weather permitting (a Southern Oregon winter is a rainy mess) Between rain showers we were able to complete the second phase of construction.

A steel upright being moved into position 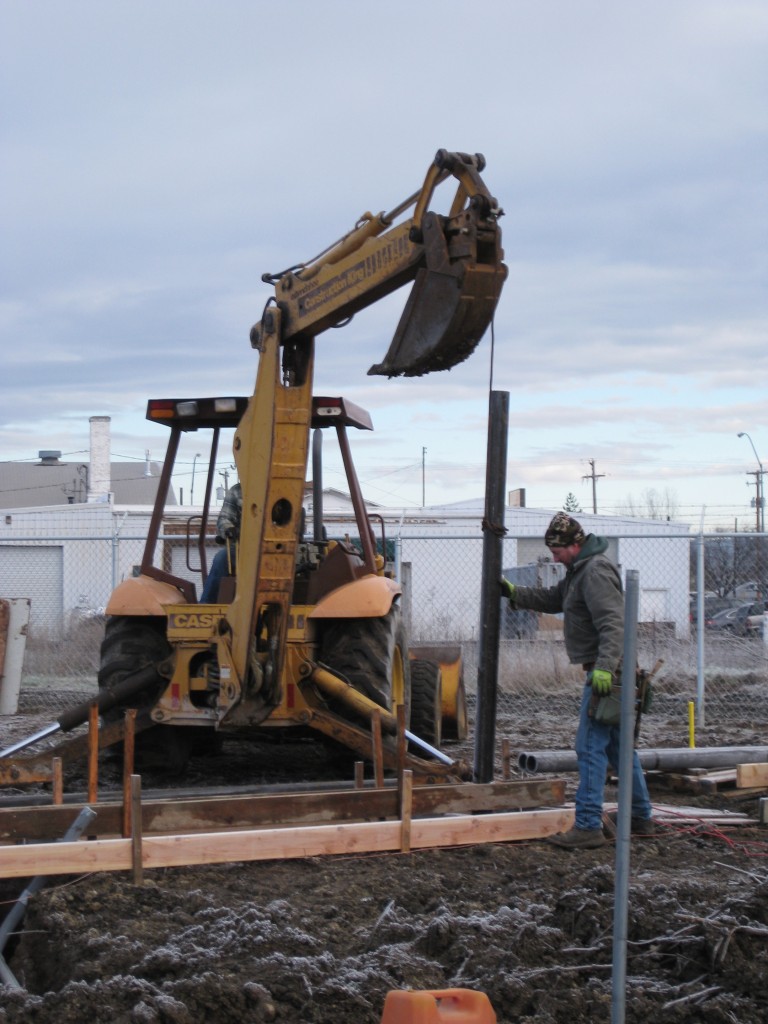 The cement truck getting ready to pour cement into the footings 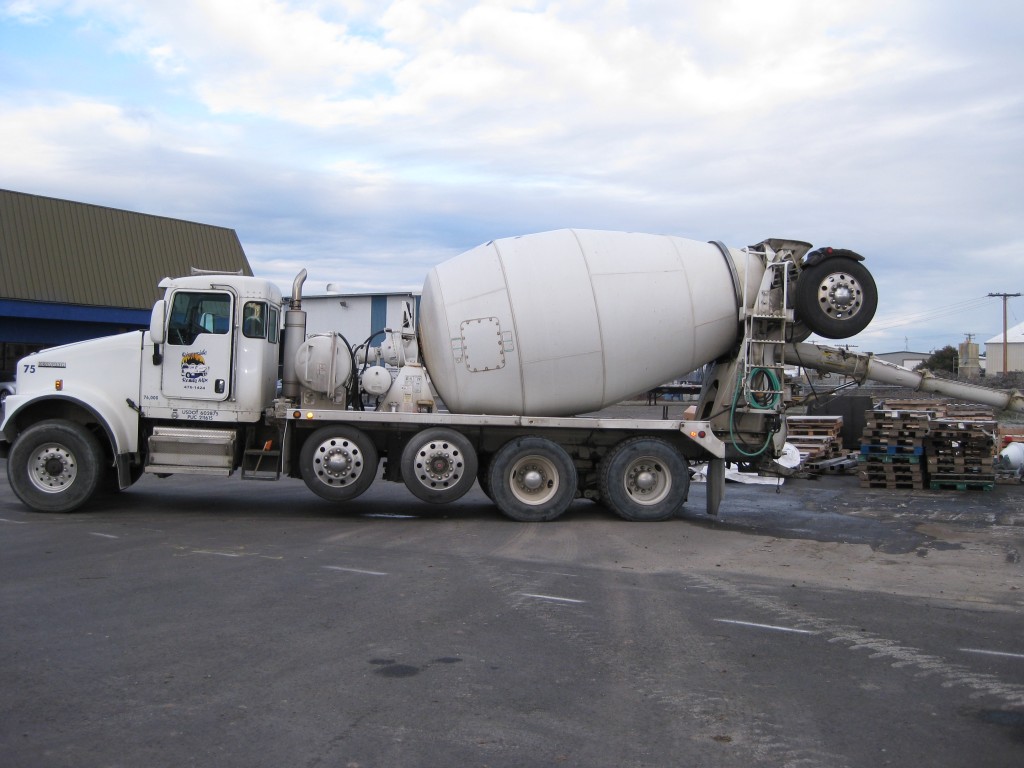 The concrete cured, forms removed, and the steel uprights waiting for the next phase of construction 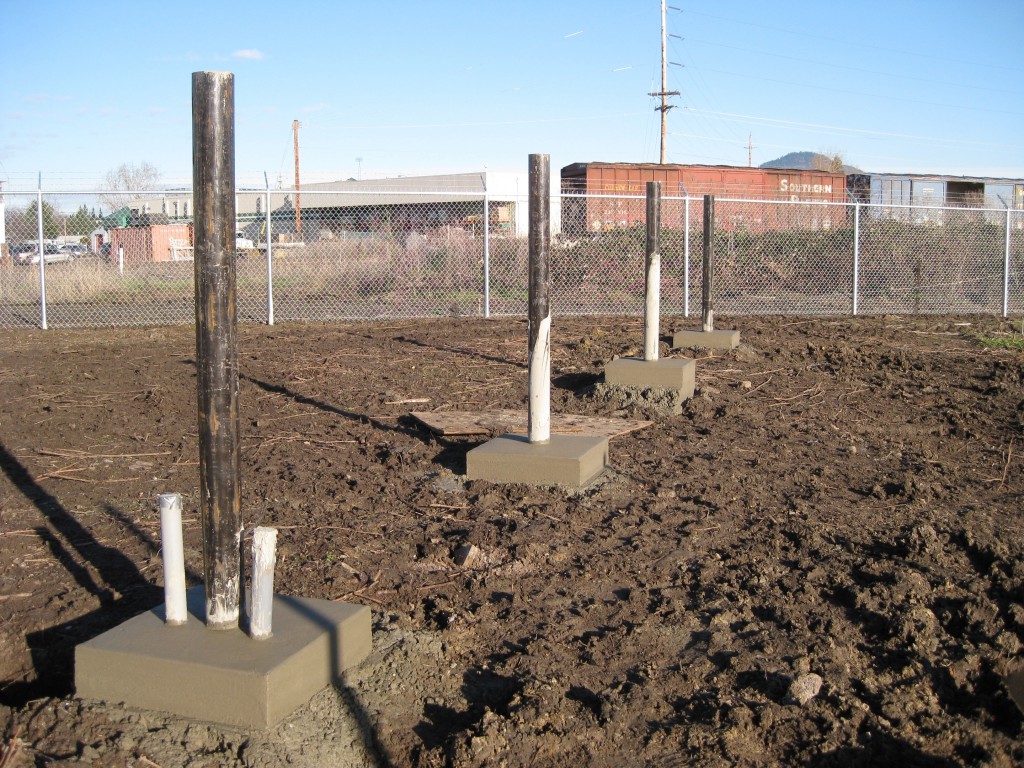 We thought we would share some pictures of our new solar installation here at AirScape HQ. We chose a site on an unused corner of the property that is perfectly situated for our solar install . The site was cleared of a massive blackberry bush so that work could begin. Blackberries are an invasive species here in Oregon so we didn’t feel too bad about removing them even though they were so delicious. We’ll put up more pictures as the work continues.

The site cleared and holes dug for the footings BONUS PIC: The stalk of the giant blackberry bush (1″ across for reference)