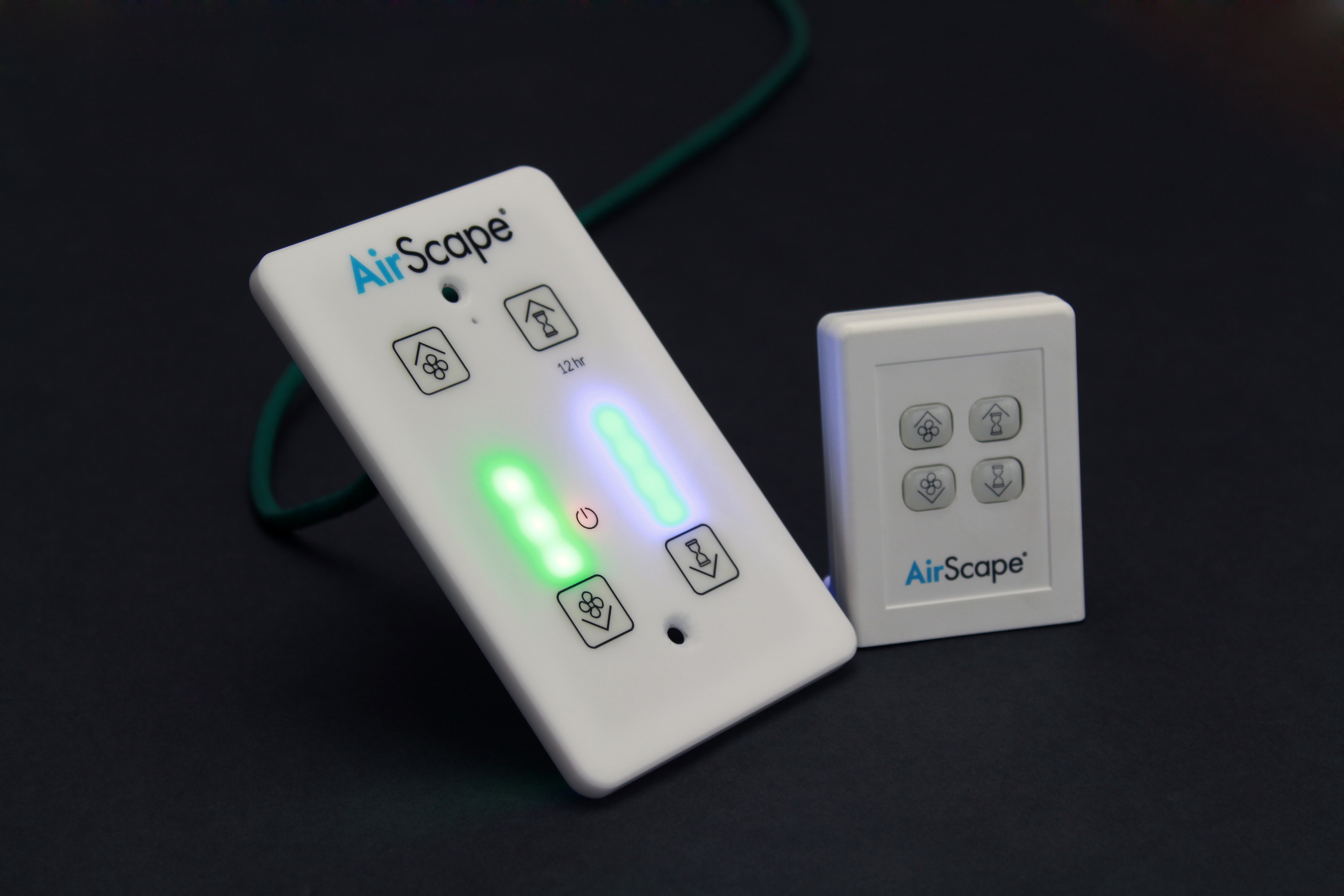 This spring we are introducing several new models of whole house fans. We’ve made very large investments in R&D over the past couple years, but thus far have only adopted new innovations piecemeal. Collectively, these upgrades will boost our fans’ airflow at maximum speed by an average of 28%, and their efficiency by 37%. We’ll detail every improvement in a series of posts, but, to start, we want to discuss what will be the biggest change: a new control system.

In all of our new models, we will be replacing our 2nd Generation Controls with our new Digital Touch Controller. This new controller provides every fan with 10 speed settings (up from 7), and a 12-hour timer. Instead of traditional “buttons”, the touch controller use capacitive sensors to turn its face plate into a touch pad much like your tablet or smartphone. Simply touch your finger to the correct part of the face plate and, voilà, the fan responds accordingly. We’ve even added two banks of LEDs to display the fan’s current speed setting and the amount of time remaining on the timer. You can see this remarkable new controller in action by following this link.

So, beyond its cool technology dashing good looks, what are the benefits of the Digital Touch Controller? Several, actually:

Some parts of the control system will remain the same. The Digital Touch Controller will still be “Plug & Play”, with all wiring connections made with low-voltage CAT5 cable. The new controller will also be compatible with our wireless remotes.

Others will change: Most notably, these new controls are NOT compatible with our 2nd Generation Control package and its various accessories, which include our network interface, mobile application, API, Temperature Sensor Package, and SafeSpeed™ pressure interlock. If you’d like to use any of these features, the 2nd Generation Controls and accessories will be made available separately.